NOTE: Due to a schedule conflict the Thursday evening concert has been cancelled. We apologize for any inconvenience.

First-timers are invited to attend the Friday night session for free! You may upgrade on site to the full workshop with no late penalty.

Dinner reservations must be postmarked by Oct. 28 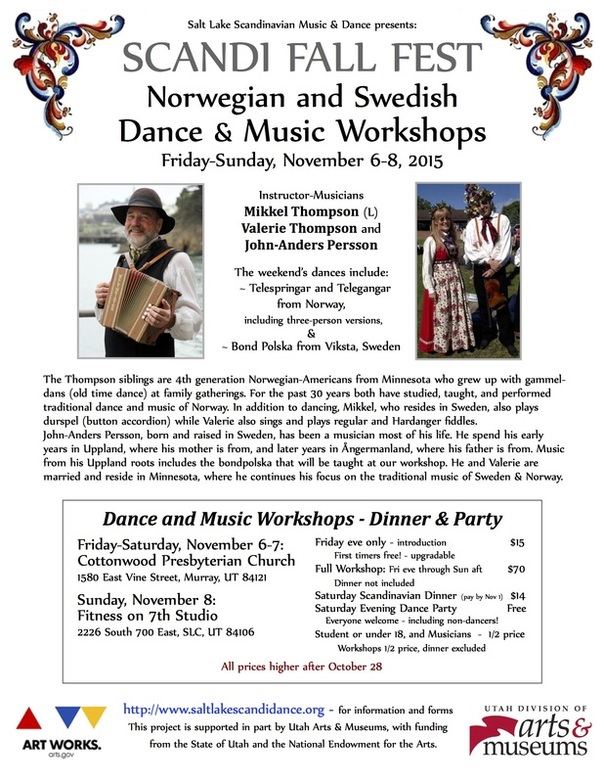 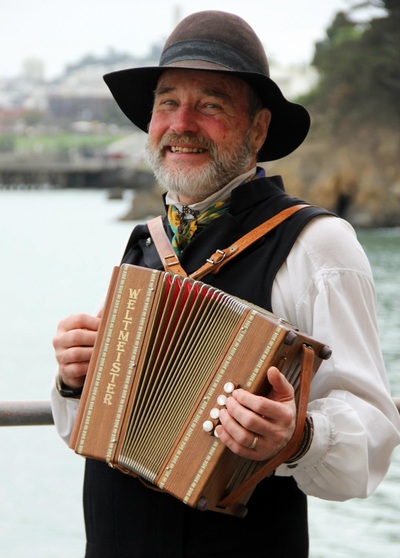 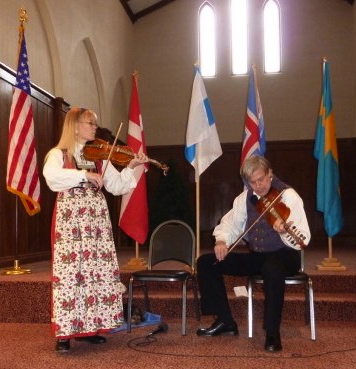 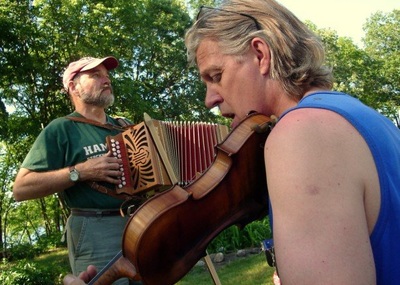 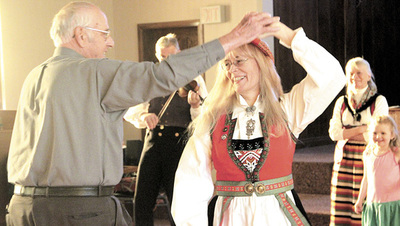 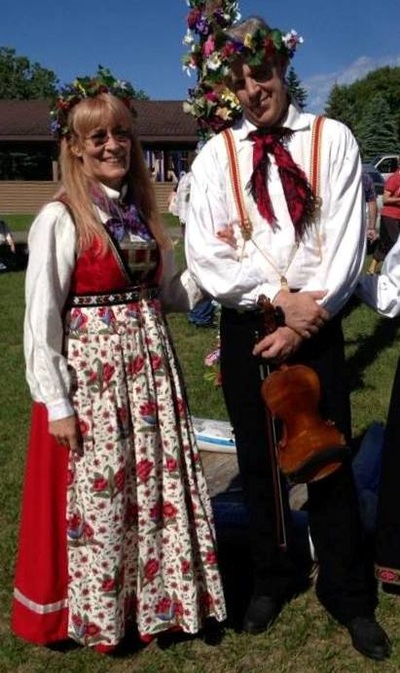 Valerie and John-Anders
Click on photos for larger view

Mikkel Thompson, a fourth generation Norwegian-American from Minnesota, grew up with gammeldans (old time dance) at family gatherings, and for the past 30 years he has studied the traditional dance and music of Norway. As a founding member, director, and teacher of Nordahl Greig Leikkaring, Barneleikarring, & Spelemannslag (1985-2002), and Camp Norge Folkedans Stevne, both in California, he has honed those skills. As a solo teacher/performer and as part of various performance groups such as Vestafor, HjerteDans, Wermdö Durspelare, DuoDur, he has performed at festivals across the USA, Canada, Norway, Sweden, Germany and taught to dance groups, schools, Sons of Norway & VASA Lodges. Mikkel enjoys playing durspel (button accordion) solo and as a member of various groups, both in his present home of Stockholm Sweden, and in North America.

Valerie Thompson, another fourth generation Norwegian-American from Minnesota, also grew up with folk music and dance. In the 1980s she started in-depth exploration of Norway's rich music and dance traditions, including singing in various styles and traditions from Norway and Sweden and playing hardangar fiddle. As a dancer and musician, she has performed with various groups in California and Minnesota, such as Nordahl Greig Leikarring & Red Thistle Dancers (Scottish) and has performed with them on tours of Norway.

John-Anders Persson, born and raised in Sweden, has been a musician most of his life. He spend his early years in Uppland, where his mother is from, and later years in ångermanland, where his father is from. Music from his Uppland roots includes the bondpolska that will be taught at our workshop. He and Valerie are married and he has continued to focus his talent on the fiddle and the traditional music of Sweden & Norway while a resident of California and in their present home of Minnesota.

This project is supported in part  by Utah Arts & Museums, with funding from the State of Utah and the National Endowment for the Arts.
Updated October 15, 2015